A recent study evaluated the results of two online surveys given to peri- and postmenopausal women.

The first survey - the Harris survey was conducted in 2013 among women aged 45 to 60 years who had or were experiencing menopausal symptoms. The survey was sent to 10,781 women. Of the 10,000 plus women sent surveys, 801 women met the study criteria and completed the survey.

The second survey - the Rose survey was conducted in 2014 among women aged 40 and older who were former or current users of any type of menopause hormone therapy. The survey was sent to 90,210 women. Of the 90,000 plus women sent surveys, 2,044 women met the study criteria and completed the survey.

The majority of the women who completed the survey were white, menopausal (meaning their last period was more than one year ago) and in their fifties. The conclusions were extrapolated from these two surveys.

It was estimated that 1-2.5 million women were using compounded/bioidentical hormone therapy at a cost between $1- $2 billion dollars annually.

The majority of women completing the Rose survey obtained their information about hormone therapy from family and friends. When the women who completed the Harris survey were asked:
"Do you believe that bioidentical hormone therapies compounded at a specialty pharmacy are FDA approved?"

Among women completing the surveys the most frequently reported menopausal symptoms were:Hot flashes 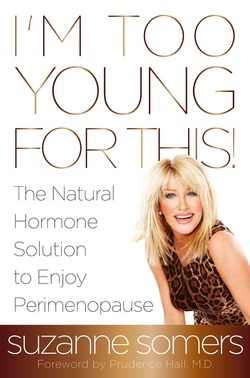