Whether the health outcome is unintended pregnancies, preterm labor or diabetes related deaths there are glaring disparities between women of various racial and ethnic groups in this country

The American College of Obstetricians and Gynecologists (ACOG) acknowledged that in addition to socioeconomic factors there are factors at the patient, practitioner and healthcare system level that contribute to the existing disparities. Recently the following recommendations were issued to help address the racial and ethnic disparities in women's healthcare.
Raise awareness among doctors, staff and administrators regarding the prevalence of the disparities
Understand the role that practitioner bias can affect health outcome and health care
Encourage federal standards of clinical and administrative data collection to better identify racial and ethnic disparities
Promote research to test the effectiveness of interventions addressing said disparities
Educate patients in a culturally sensitive manner
Support and assist recruitment of more OBGYNs and other health care providers from racial and ethnic minorities into academic and community health care.

YES. This is a step in the right direction. Kudos to the American College of Obstetricians and Gynecologists.! 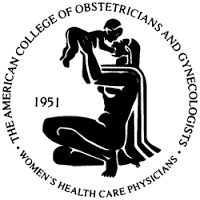