Injecting a woman with her own blood to enhance rejuvenation/ healing has gained popularity. There is the vampire face lift and the vampire breast lift*. Now there is the O shot.

Our blood is composed of 93% red blood cells, 6% platelets and 1% white blood cells. Since 2006, Dr. Charles Runels,an internist from Alabama, has been separating out platelets and injecting autologous platelet rich plasma (PRP) into the vagina and clitoris of women to improve sexual function and to augment sexual pleasure.

He conducted a pilot study with eleven women ages 24-64 years who had complaints of either pain with sex, decreased libido or lack of orgasm. After applying a topical anesthetic, platelet rich plasma was injected 1) between the anterior vaginal wall and the distal urethra and 2) directly into the clitoris. The women were asked to complete the Female Sexual Function Index questionnaire and the Female Sexual Distress Scale questionnaire pre-injection and 12-16 weeks post injection. Of the 7 women with elevated sexual distress pre-injection as determined by the questionnaire, 5 reported improvement 12-16 weeks post injection. There were 2 reports of continued/worsening sexual distress at the12-16 weeks post injection due to 1) loss of sexual partner and 2) partner not being unable to satisfy her increased libido.

This is the only published study to date. This procedure doesn't have FDA approval or endorsement from the American College of Obstetrics & Gynecology (ACOG). Despite this, over 20,000 procedures have reportedly been performed at a cost of over $1200 per treatment..

Does it make sense to pay for unproven treatment? And why aren't there more studies regarding female sexual dysfunction. More medical innovators are needed to question accepted dogma and to test limits. Medical societies/organizations should encourage innovation and then work to ensure that the best information and the most effective treatments are being offered to women. In the interim, women should be wary.

* Dr. Runels is the creator of both the Vampire Facelift and Vampire Breast Lift. 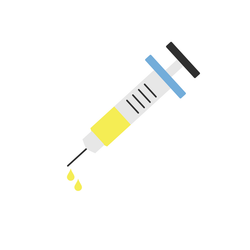